This 80′ Shrimp Boat was deployed by Walter Marine, east of the Ladnier barge & culverts in about 76′ of water. Water clearance was recorded at about 45′ with the deck showing at about 67′. It appears to have landed upright with the bow facing at about 130°. Winds were South @ 5 knots. 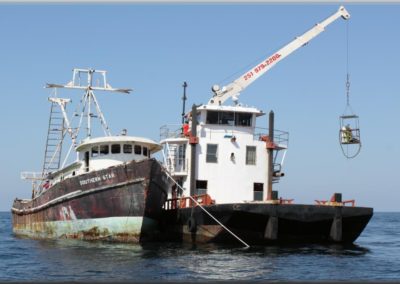 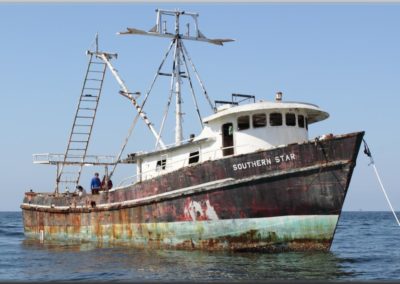 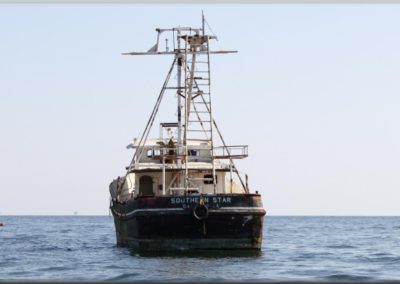 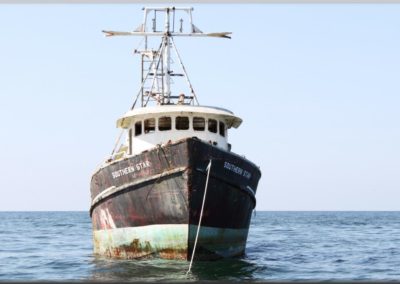 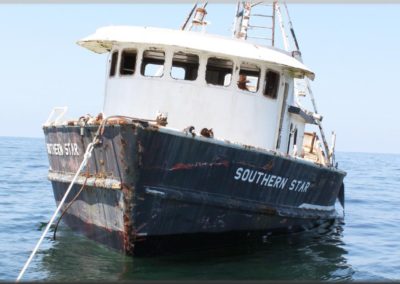 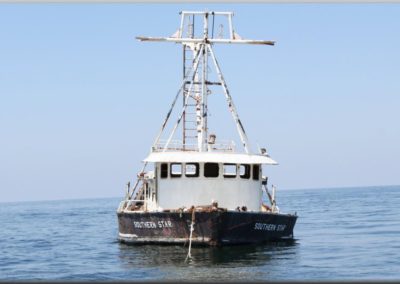 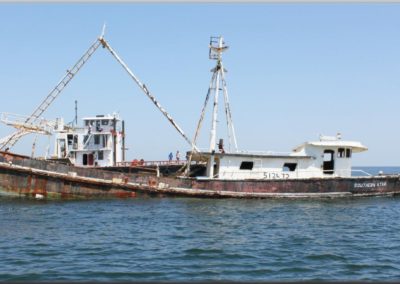 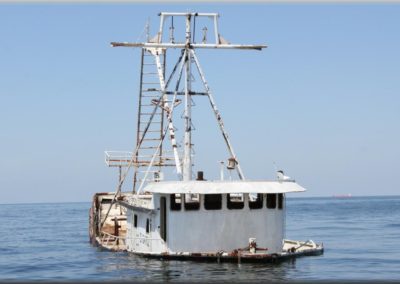 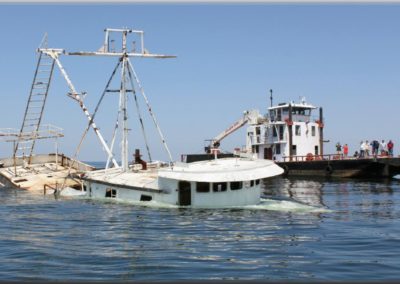 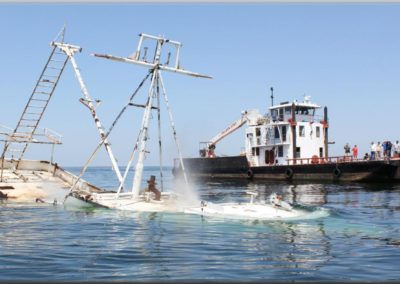 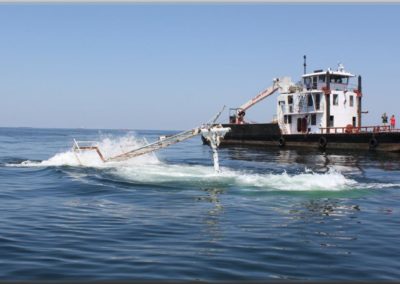 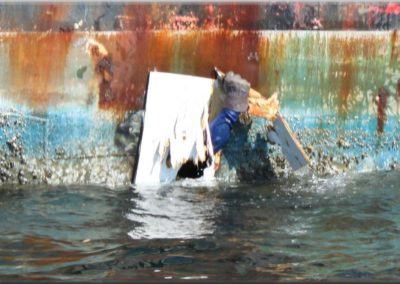 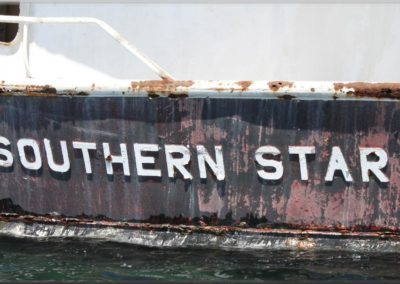