This was an MGFB project accompanied by Bryon Maynard and his crew of 5 who orchestrated the deployment of three NASA tanks in FH-13 on October 26, 2011.

Three large tanks, de-commissioned by NASA, were sunk in the Southwest End of FH-13 in 85 feet of water, to serve as artificial reefs off the coast of Mississippi. The first tank, referred to as BRT (big round thing), is actually a HAT (hydrogen accumulator tank). This tank weighs 100,000 pounds and was used in the Saturn program (stage 2) on the test stand. The other two tanks, the Lox tank and Scotty’s Beer Can, were also used in the space program. Bryon Maynard, of NASA, arranged for the funding and orchestration of the deployment. Read about Bryon’s award from the Stennis Space Center for his work on the artificial reef here. 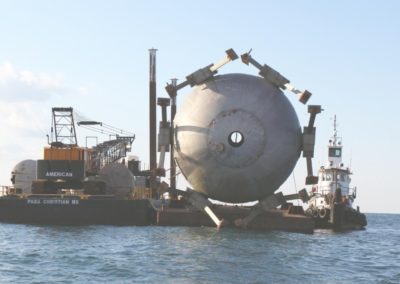 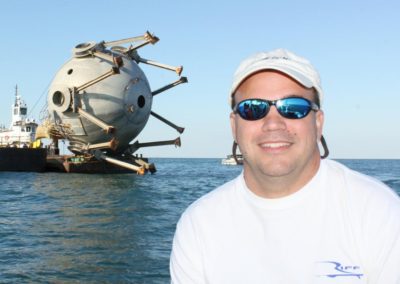 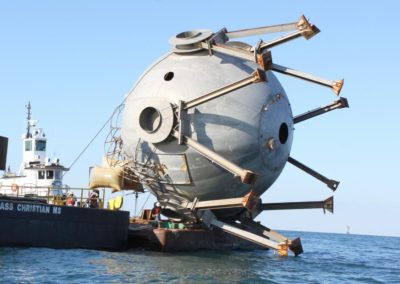 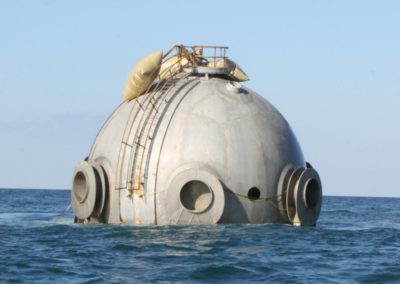 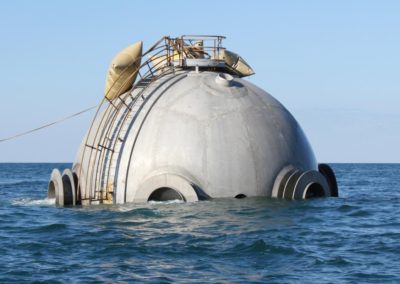 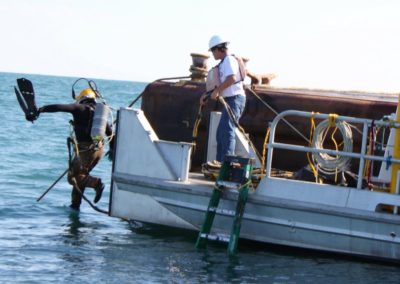 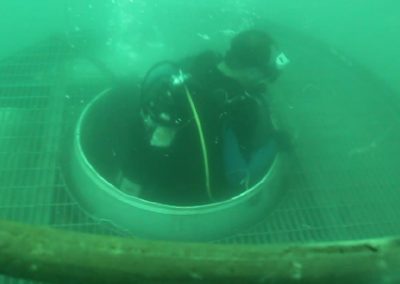 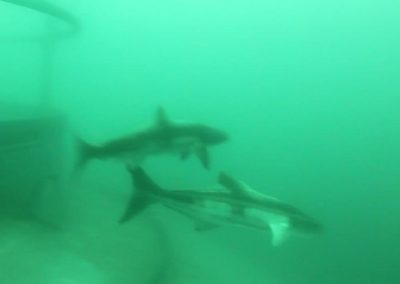 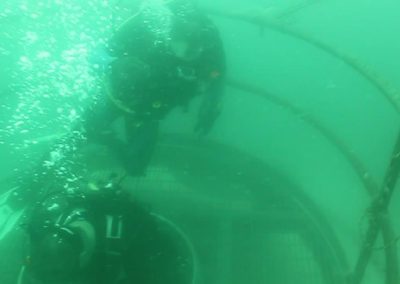 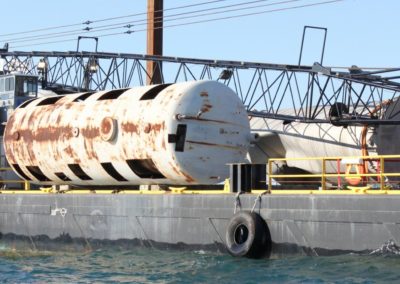 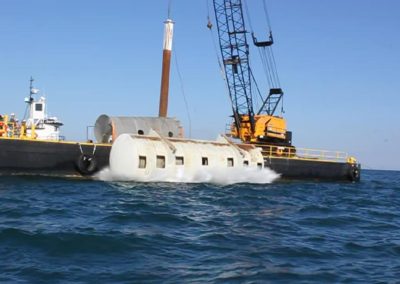 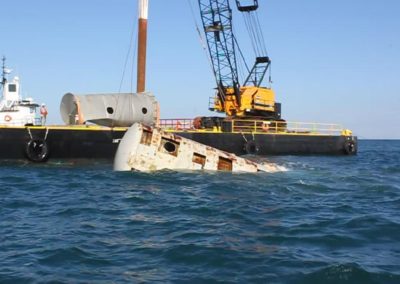 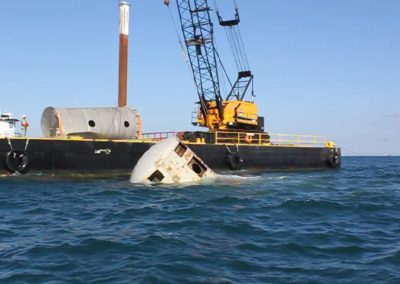 Deployment of NASA tank, AKA “Scotty’s Beer Can” 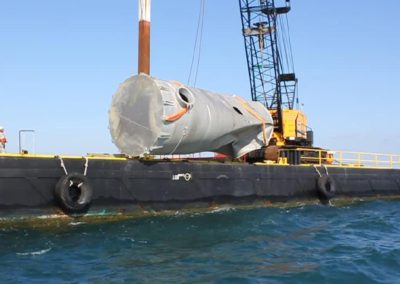 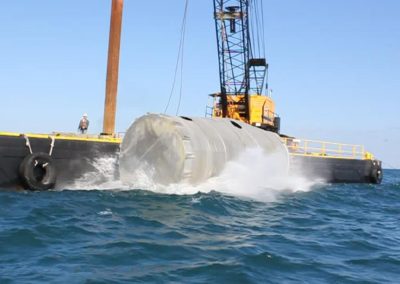 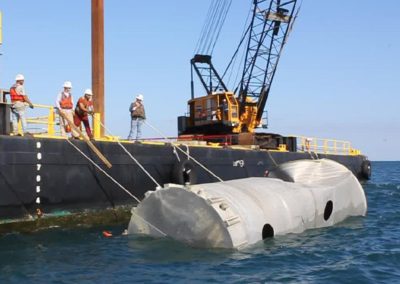 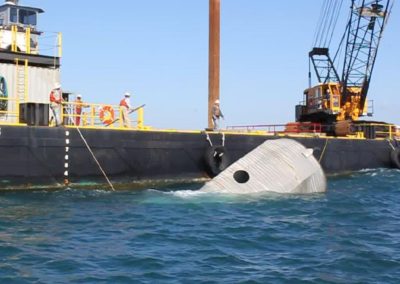 Video of the NASA tanks deployment and subsequent dive on October 11, 2011.