The Mississippi Department of Marine Resources (MDMR) designed and deployed 160 Juvenile Fish Habitat units last month and this month they deployed 62 more units in FH-3. Reefmakers of Orange Beach, Alabama performed the work at the direction of the MDMR. See last month’s report for more details on the design. 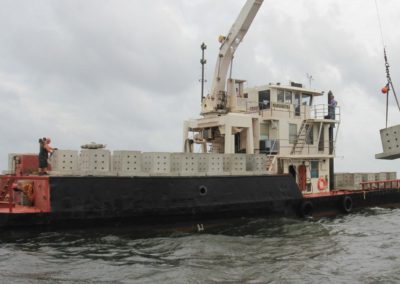 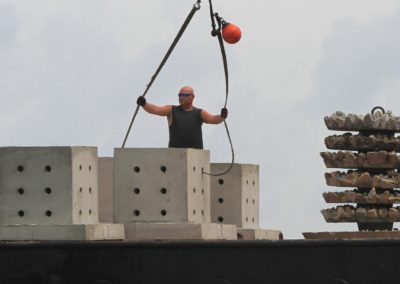 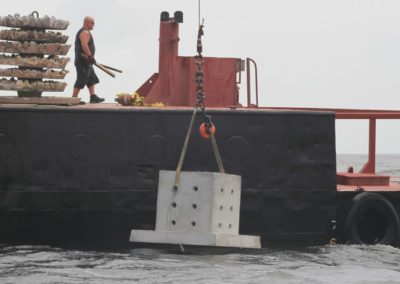 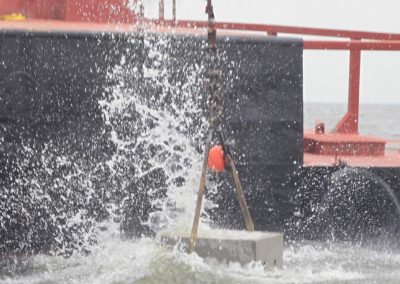 Following the Fish Dice deployment, USM Recording Sensors were deployed in FH-3 and. MGFB has been working cooperatively with a USM/GCRL project headed up by Dr. Scott Milroy. A dozen data loggers were deployed in the Gulf to measure dissolved Oxygen, Temperature, and Salinity, every 15 minutes. FH-3 Sensor #4 was attached to the Chevron Boat on June 15, 2016 @ 12:15pm, water temp of 69°F, 41' Depth. FH-14 Sensor #5 was attached to the "My Wife II" on June 15, 2016 @ 1:11pm, water temp of 68°F, 30' Depth. The first video shows the FH-3 deployment and some first time video of the Fish Dice underwater. Water Hypoxia was evident on this site. No fish were seen and a dead crab was the only life seen. The FH-14 deployment was similar although a few juvenile red snapper were seen upon first contact with the reef. Reefmakers also donated one of their "Eco-Reefs" in FH-3.