Bay Balls are smaller versions of the Reef Balls deployed previously offshore. These artificial reef structures are 3 feet wide, 2-1/2 feet tall, and weigh about 325 pounds each. Matthews Brothers deployed the material using a 140′ X 40′ Spud Barge and a Crane. The Barge was spudded down at a location buoyed by the DMR. Then the Crane was used to hoist and deploy 4 balls at a time around the barge in 7 spaced drop points, yielding 28 Bay Balls per location. The Balls were gently lowered to the bottom and then released. The coordinates given are that of the Center of the Barge after it was positioned. A bow heading was taken to assist in determining the alignment of the deployed reef balls. Side Imaging shows how the Bay Balls deployed on the bottom, basically forming an “Alley” of reef material. Winds initially were from the NW @ 5 knots but turned from the SouthWest and then more Westerly @ 20 knots by days end. Tidal Range was from -.2 @ 7:40PM to 1.3′ @ 10AM. For this deployment, the tide started at 1.2’and fell to 0.1′ by days end. 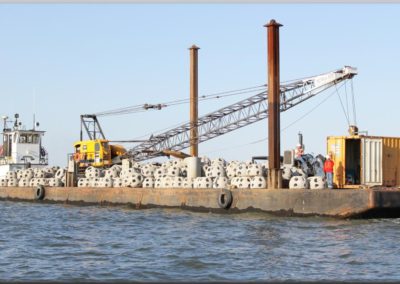 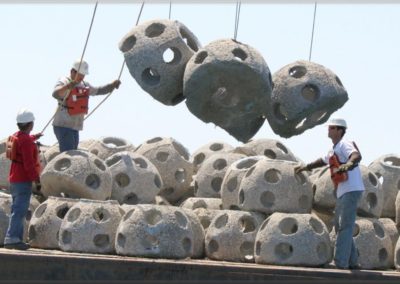 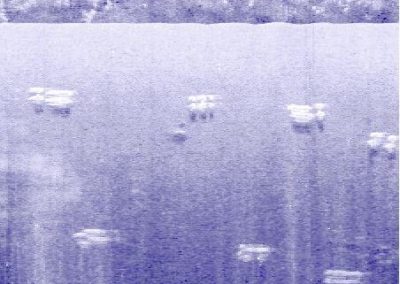 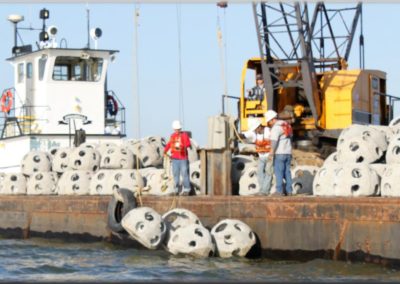 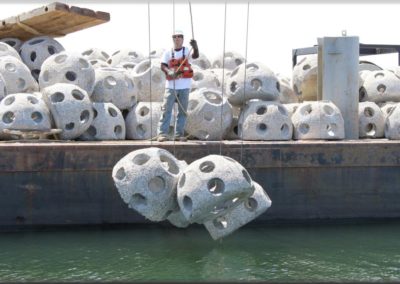 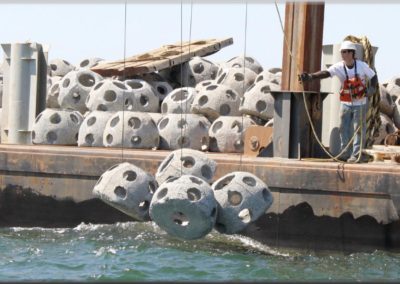 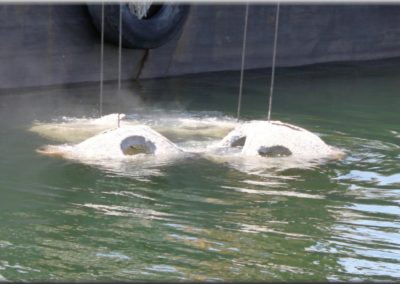 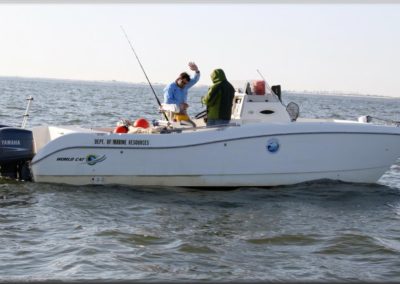 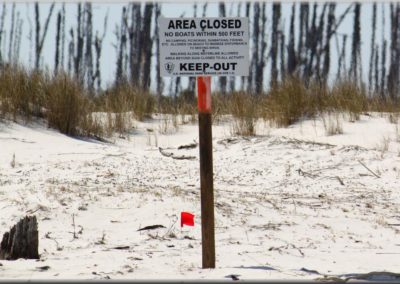 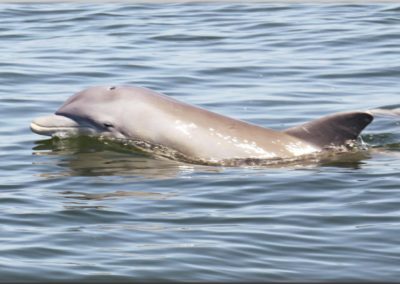 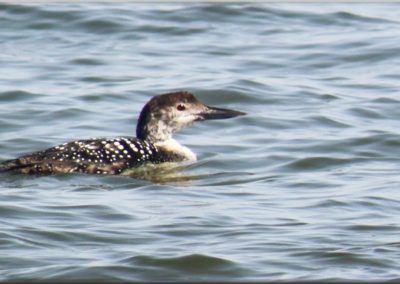