Limestone Pyramids dropped in the Gulf of Mexico.

This was a deployment project by the DMR to MGFB’s FH-13 reef site. Reef Maker of Orange Beach Alabama was contracted to deploy 26 Pyramids. They were placed in two groups of 13 units each at the north end of FH-13 creating habitat for Mississippi’s marine life. We also caught a few fish on nearby reefs that shows how productive these reefs are. Then we made a dive on the newly deployed Pyramids to find juvenile Red Snapper and Triggerfish already taking up residency. Afterward we dove some similar Pyramids that were deployed in 2007 to see how they are doing after 6 years. We also dove on the 4-Boys Shrimp Boat, the 110303B Culverts, and the Captain Kevin Shrimp Boat. Paul got to practice his freediving skills on the wrecks and Pyramids, even in 70 feet of water. 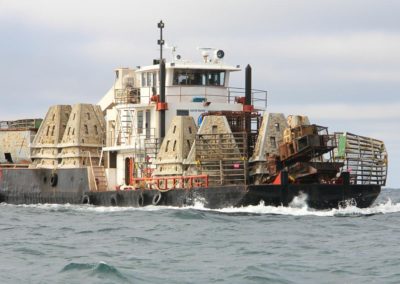 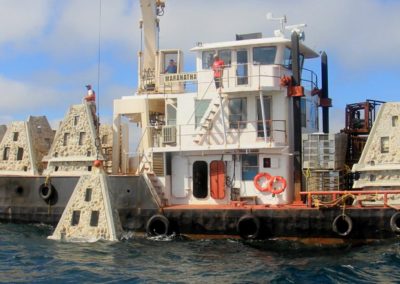 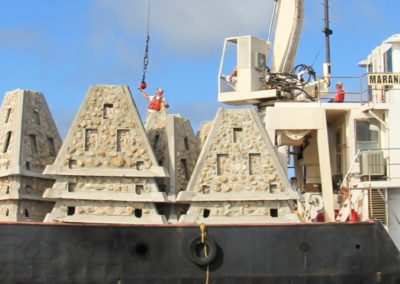 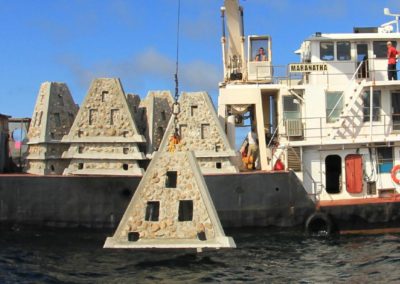 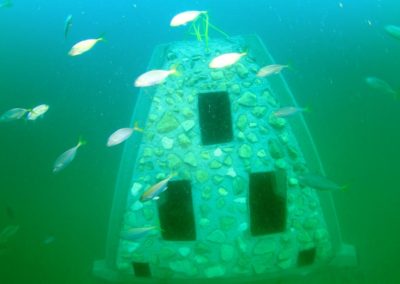 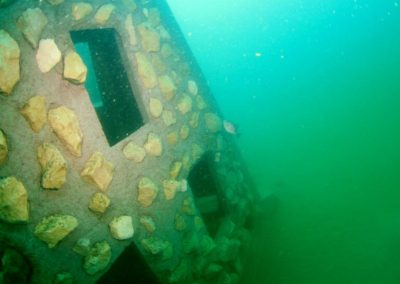 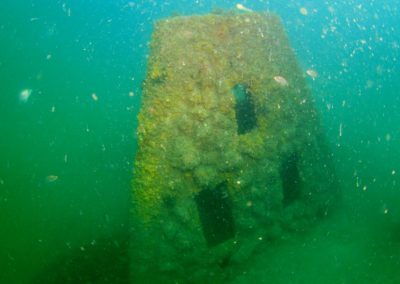 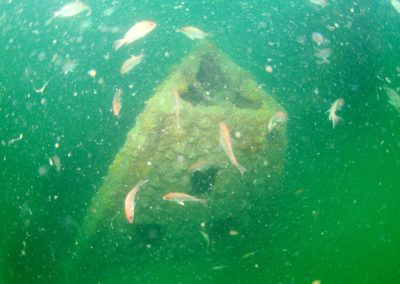 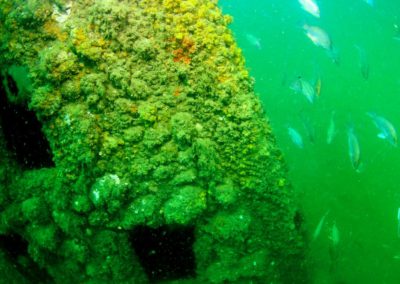 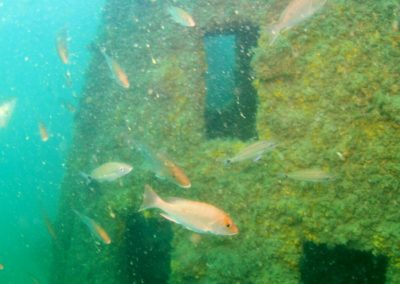 Our video of the Limestone Pyramid Deployment o Sept. 25, 2013, and our visit to the 2007 Pyramids to see how they were dong after 6 years