The Great Wicomico experienced a historic career before becoming an artificial reef. The ship was completed in 1945 to be used as a Freight and Supply vessel for the U.S. Army and served in three wars: World War II, the Korean War, and the Vietnam War. After its service in the military, the vessel became a university research ship before being purchased by Omega Protein in 1977.

Read more about it and the Barataria (also an Omega vessel) here. 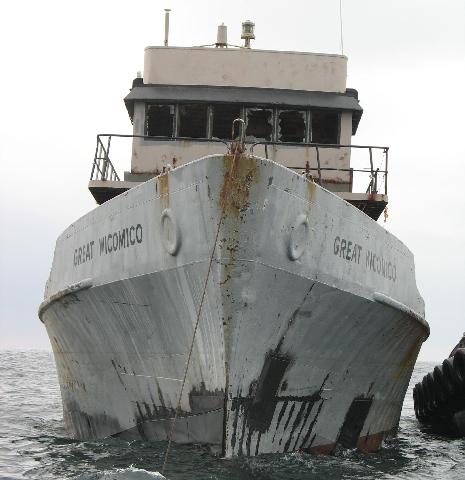 Watch a video from Omega Protein about the sinking of the Great Wicomico in 2009.