The Frank Taylor reef was originally a Vietnamese-American owned 45′ x 14′ Dauphin Island shrimping vessel named “Lucky Jimmy” documentation #1042011. It was in poor condition and had reached the end of its usable life. The owner, Mr. Nguyen, transferred it to National Fisheries Restoration to be retired and transitioned to life as an artificial reef. It was stored, environmentally prepared and deployed by Gulfstream Enterprises Inc to Fish Haven 12 as the “Frank Taylor Reef.” The reef is named in memory of Frank A. Taylor (Nov. 10, 1978 – Oct. 24, 2007.) It was deployed by Gulfstream on behalf of the family and friends of Frank. As the reef develops, we hope it will become a living tribute to his life and love of the water. My Humminbird Side Imaging showed the Vessel landed upright facing just East of North (See the last pic). You can also see the bubbles still rising from the bow. I love technology. 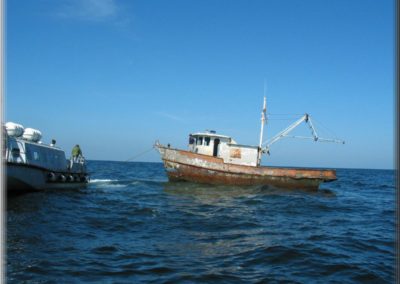 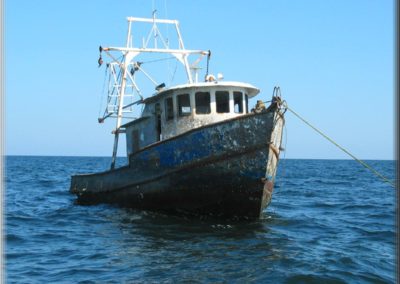 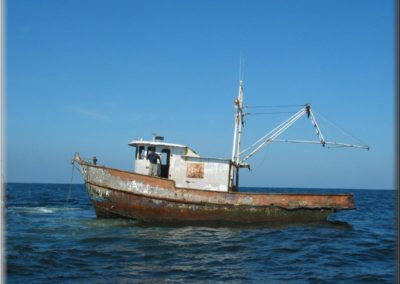 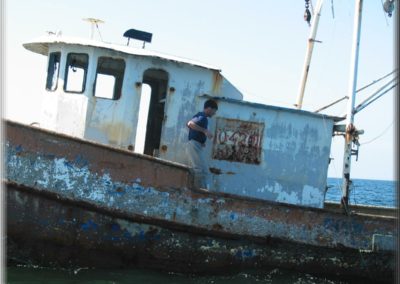 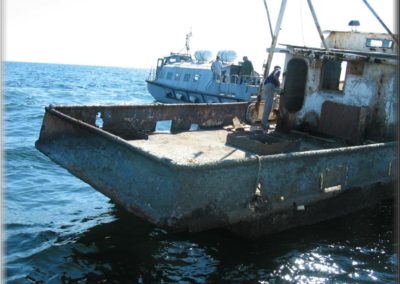 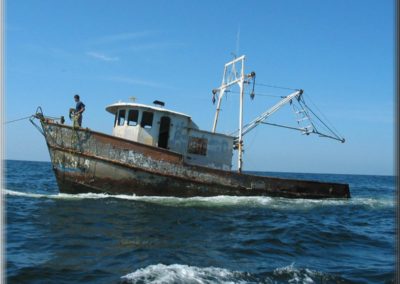 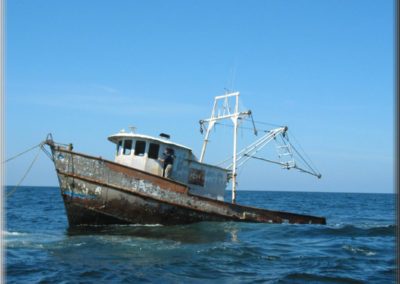 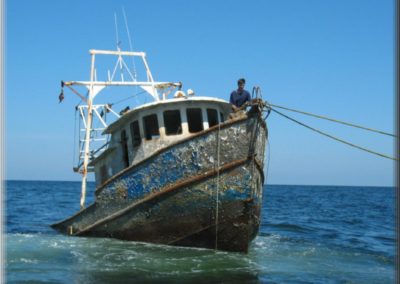 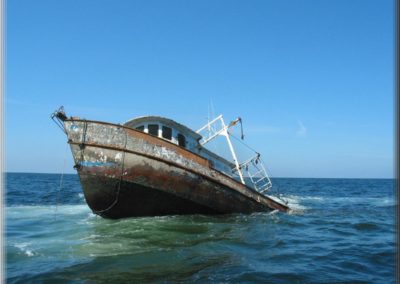 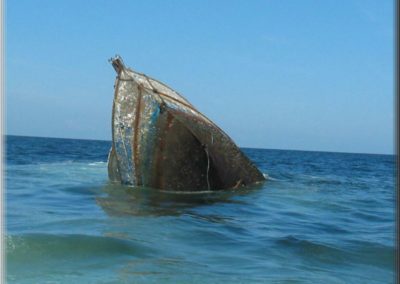 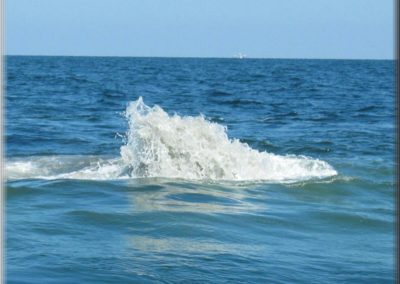 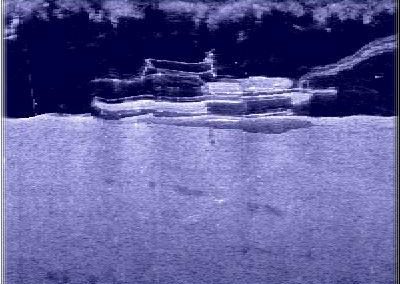